London Final of BMC Youth Climbing Series took place at the end of March at The Castle Climbing Centre with Callum’s 7th position with only one point behind 5th and 6th position. Unlucky, he didn’t qualify to the National Grand Final at EICA this year but he’s already training harder to get there the following year. Here are his thoughts about all rounds:

"Recently I took part in the BMC youth series competition. Just the thought of it was quite intimidating! Such a big organisation, new style of competition, it's safe to say it was quite a challenge. I was very nervous for the first round as I didn't know what any of it was going to be like, but with great support from Gordon, my coach, the whole experience was a lot more enjoyable and manageable. By the second round I was lot more relaxed about it.... Until I saw my climbs! But yet again my coach, this time Mike, pulled through and helped me through it with superb instruction! On to the London finals!
I really had to put on my A game here as it was the best of the best competing, no room for error and after some detailed route reading and scary beta from the other climbers, I engaged every muscle in my body and hauled myself up the climbs. These were the hardest in the series at around F7a-b and sadly time was not on my side, nor was my height (or lack off it!).Sadly I did not make the national finals but I still feel that I did the best that I could have done. So hopefully with some more of Mike's strenuous training plans I will be even stronger for the series next year!
Lastly I would just like to say a big thanks to Mike and Gordon for coming with me to the competition and for all their enthusiasm and hard work. Without them I would not even have made it past the first round!" 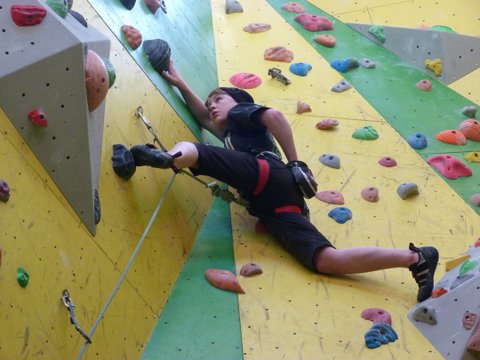 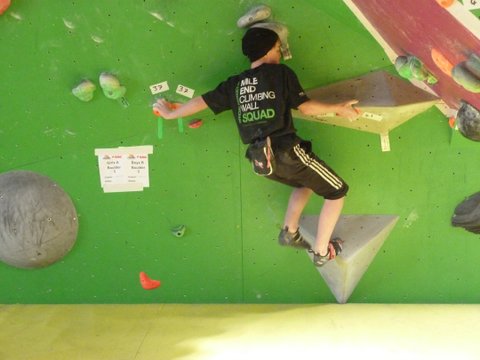 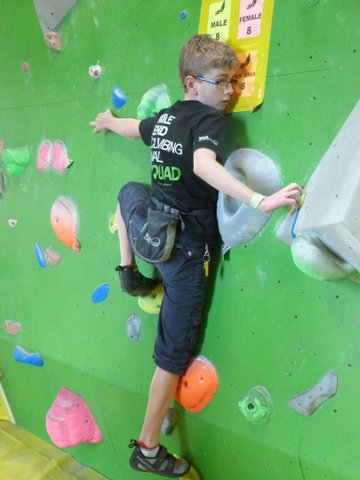 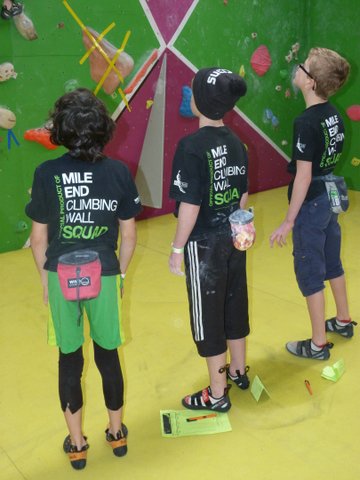 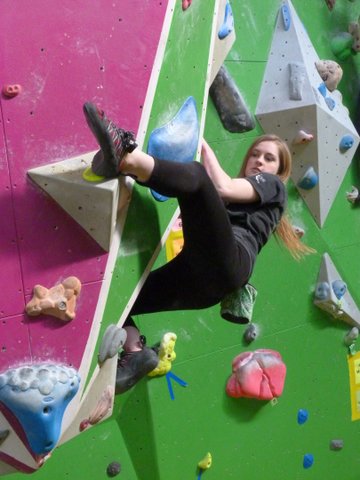 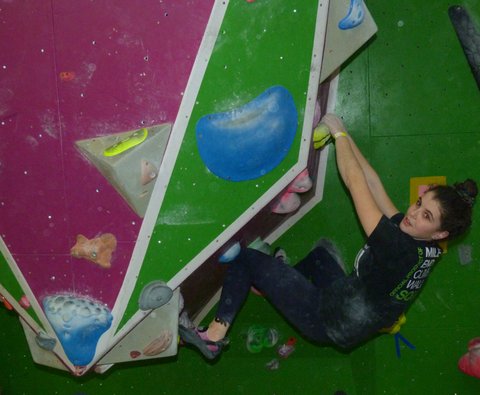