Andy Reid, our dear friend, colleague and Chief Executive of Mile End Climbing Wall, passed away unexpectedly on 27 January 2021. Andy had been the Chief Executive and the driving force behind MECW delivering the charitable aims of Development through Challenge. Andy was also a former Chair of the Association of British Climbing walls, and helped create the National Indoor Climbing Award Scheme (NICAS).

Andy's family have asked that those who know him and wish to support his passions donate to Development through Challenge in his memory to ensure the endeavours he worked so tireless for may continue.

MECW came into existence at some point in the mid-eighties when a youthful Andy Reid built the first indoor climbing surfaces in what was an old pipe engineering works in a corner of Mile End. Arguably, Andy was the first to build an indoor climbing wall in the UK, although it was then called North London Rescue Commando and was not even officially known as a climbing wall.

Andy began the wall but left in the late 80s and ran the Castle Climbing Centre. It was our great fortune that Andy returned to MECW in 1999 as it was by then known as, and this time Andy stayed. It is fair to say that for Andy the wall was unfinished business and what followed next has been some of the most exciting and successful years of development and growth for MECW and DTC.

Andy’s enthusiasm and passion for climbing are known far and wide, but Andy had an even greater passion for bringing people into climbing, particularly young people and children. Over the years Andy developed and promoted many initiatives including Saturday kid’s clubs, indoor and outdoor climbing courses, an extensive schools programme delivering key curriculum objectives, climbing competitions, and sponsoring promising and deserving young climbers. Andy did not of course do this all alone, but he employed and encouraged equally passionate and like-minded colleagues to deliver this work.

Andy understood the particular challenges of developing an idiosyncratic site like MECW into a successful climbing wall. It was Andy’s unique blend of can-do enthusiasm, ingenuity and knowledge of climbing wall technology and understanding what makes climbers want to climb, whatever the level, which has led to the success and extraordinary growth of MECW. It is a site that caters for all levels of indoor climbing but also as a successful training site.

Throughout Andy’s time, MECW has maintained its unique club atmosphere, that sense of belonging, that climbing at MECW is more than a gym visit, that it is a place to meet, climb and make lasting connections and friendships. And it was Andy who has done more than anyone for this to happen. His constant presence at the wall, his readiness to spend a few minutes with anyone who wanted to, his support and championing of his staff, his encouragement of staff to learn, develop and be a part of the wall, has been at the heart of this unique club atmosphere.

Andy has served us, the trustees of DTC, over the years with unstinting hard work, kindness and patience. Not only has Andy made MECW a financial success, Andy has delivered over and over on our charitable aims and opened up the joys and benefits of climbing to the thousands upon thousands of people who have come through the doors of MECW. Andy had a big heart with quite possibly the most optimistic and positive outlook on life: it was infectious and fun to be around. There was no challenge which could not and was not overcome with a big smile and a ‘bumtity bom.’ We know that MECW and Andy Reid have been an inseparable presence for many years now. No one could have done more than Andy for MECW and for us. Andy leaves behind a very big pair of boots and an even bigger pair of shorts to fill.

For one final time, Andy, thank you for all your hard work. Rest in peace. 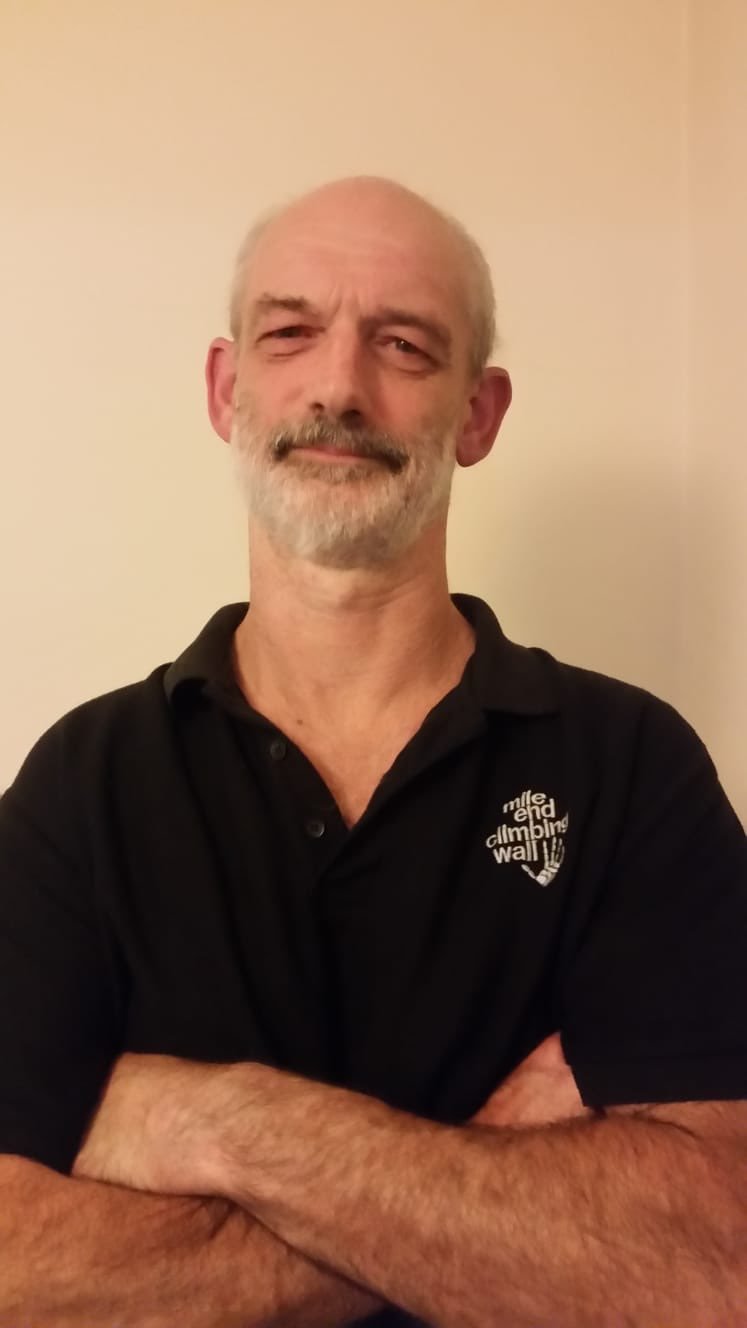